What is Argon Plasma?

Argon plasma (Ar Plasma) is one of the most common types of plasma used for cleaning due to its low cost, ability to prevent oxidation, and wide availability. Argon can be easily sourced from a local gas supplier.

All systems available from Plasma Etch will work with argon gas as well as most gases and gas combinations. 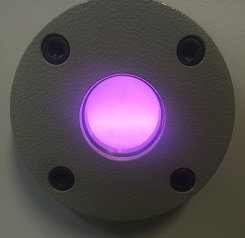 Argon Plasma in a PE-75 Plasma Cleaner
Argon is commonly used with oxygen to clean metal or non-metal materials. Argon is also useful in removing organics without modifying the surface being treated. When run by itself, it can also be used to remove some non-organics.

Argon plasma will clean the surface of a plastic sample, however it will not etch (remove the surface material).

Plasma removes all traces of organic matter and leaves no residues unless there were inorganic contaminants on the sample. All removed contaminants are pumped out of the chamber by the vacuum system.

Argon plasma will not oxidize a surface and is therefore used in many metal cleaning applications, including wire bonding.

Argon is the most frequently used gas for wirebonding applications.

Other Uses for Argon in Plasma

Argon is often mixed with oxygen when cleaning metal substrates. This mixture is widely used for surface activation prior to bonding. Argon atoms will prevent oxygen atoms from oxidizing the surface of most metals.

Oxygen is highly reactive and is an ideal gas for surface activation but also prone to oxidize metals. Argon prevents the oxidation of the surface as the plasma breaks the oxygen bond with the metal surface and carries it out of the chamber.

Argon is also used after CF4 (or a CF4/O2 mixture) is used to etch a product (remove material). The argon cleans any residual organic matter and clears the machine of the harsher gases before technicians open the door to handle the products being treated. 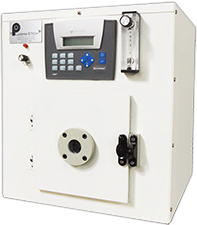