Plasma Etch, Inc. has a history of working hand-in-hand with the printed circuit board industry and is committed to providing unparalleled plasma treatment solutions for every pcb etching application. Plasma is pivotal in the etching of printed circuit boards (PCBs), including etch back of drilled holes and plasma cleaning to increase bond strength. Some of these applications include: 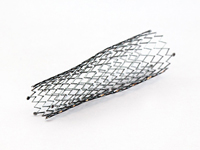 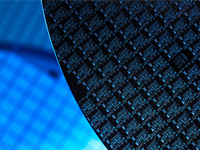 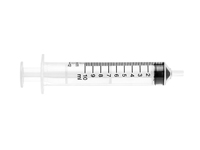 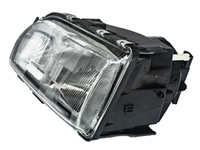 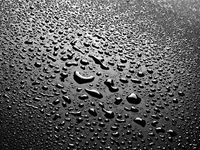 
Applications for the PCB Industry

Our plasma treatment systems are currently being used in the following areas for purposes such as cleaning, etching, surface activation, and increasing manufacturability:

Summary:
This company is a producer of Teflon® multi-layer boards. They use isotropic plasma to activate the Teflon® surface in the drilled hole prior to electroless copper plating.

Plasma Etch is the first plasma manufacturer to develop multiple level RIE and use plasma for micro via formation. This project was done in cooperation with Hadco Phoenix. Plasma Etch, Inc. offers eight and sixteen level RIE systems.

With 130 employees, CCI, manufactures approximately 375,000 surface sq. ft. of PCBs annually, specializing in small quantity orders of primarily prototype boards. The nature of this market requires that they routinely process many types of substrates. In the 1980s, CCI started pursuing pollution prevention opportunities more aggressively. Through some initial successful projects, they found that preventing pollution rather than treating wastes after they were created not only improved the environment but could also improve their product quality and bottom line.

With waste disposal related to desmear accounting for over 13% of CCI’s environmental management costs, their permanganate desmear process was a likely target for investigation. At the same time, process engineers were examining product quality problems related to their permanganate line. After research into techniques for improving the efficiency of their permanganate process, CCI’s focus turned to not just improving the line but replacing it completely with plasma processing. CCI's research indicated that by using a plasma desmear they could reduce the waste from this process dramatically (thereby reducing costs) and improve product quality. With further investigation, the company decided to give it a try.

One of CCI’s earlier pollution prevention efforts resulted in replacing their electroless copper line with a formaldehyde-free, direct metallization process. Although they are a relatively small shop, they were able to justify this capital intensive project through savings from reductions in chemical use, waste treatment costs, water use, and improved product quality.

After the electroless line was replaced with the more efficient direct metallization process, it became clear that heavy copper deposition of the electroless process had been masking manufacturing inconsistencies caused by the permanganate desmear. These inconsistencies, especially pink ring and voids, were a particular problem on panels with high aspect ratio holes. In addition to uncovering quality issues, the clean and efficient direct metallization line also highlighted the waste and toxicity problems associated with the neighboring permanganate line.

CCI had been using the most common permanganate desmear method, which typically consists of three process baths:

1. An alkaline solvent swell facilitates the subsequent removal of the epoxy-resin smear. The chemistry of this bath is usually proprietary and often contains n-methyl pyrrolidone, which is highly flammable and a skin and eye irritant.

2. A permanganate bath in an alkaline solution heated to 160°F or higher removes the drill smear. This bath contains sodium or potassium permanganate in a sodium hydroxide solution. Occupational health and safety concerns lie in the high temperature and caustic nature of this bath.

3. An acidic neutralizer, often a sulfuric acid-based chemistry, removes all traces of alkalinity and oxidizer from the surface and through holes. Sulfuric acid is a strong irritant to the nose, lungs, and skin.

Permanganate desmear waste volumes vary from one facility to the next; however, they are often a significant portion of a facility’s waste stream. When CCI examined their annual desmear-related disposal costs, they found that costs totaled over $40,000 which was 13% of the facility’s overall annual environmental management costs of $300,000.

Other costs associated with the permanganate process include chemicals, energy for pumps and heaters, extensive labor for testing and maintaining the baths, and water. In some parts of the U.S., the cost of water used for the rinses between baths is a significant expense. For example, one facility producing 1.8 million sq. ft. of PCBs per year uses over 3 million gallons of water annually for their permanganate rinses alone.

Considering their costs, and finding that even with daily lab testing and more frequent operator monitoring of the desmear baths, they were still experiencing process inconsistencies and waste, CCI turned their attention to the plasma desmear process.

The anhydrous plasma desmear process takes place in a compact, sealed chamber. Panels are manually or auto-loaded on a rack and placed in the chamber were a vacuum is drawn. A mixture of tetrafluoromethane and oxygen is metered into the chamber to become the reactive gas. Then, using a radio frequency (RF) energy generator, a gas plasma is formed that contains chemically active ions or radicals.

The radicals react with the resin smear in the holes, breaking the polymer into water vapor, carbon dioxide, and hydrofluoric acid, all of which are volatile. Because the reaction takes place in a vacuum, only small amounts of process gases are needed to achieve efficient reaction rates.

In the event of a malfunction, it is possible the HF could be released. It is critical, therefore, that the equipment be properly and professionally installed. Equipment manufacturers offer the option of an alkaline wet scrubber to neutralize the hydrofluoric acid gas produced. The scrubber can be equipped with a pH meter to indicate to the operator when additional alkaline solution should be added.

In contrast to the open, heated baths of the permanganate process, occupational health and safety issues associated with the enclosed plasma process are greatly reduced.

Working with a plasma equipment manufacturer to identify the system that would best meet their needs, CCI installed a plasma desmear unit in the fall of 1992. As soon as the system was in production, CCI noticed a dramatic reduction in incidences of pink ring and wedge voiding and, consequently, in desmear-related scrap. While the savings associated with quality improvements alone were significant, CCI also realized cost savings from the elimination of wastewater treatment, water use, and off-site hazardous waste shipments associated with desmear.

Operating expenses were also reduced. All operators received training on using the system computer to select the appropriate run cycle for a job and on loading boards and handling hot racks. After the operators became accustomed to the system, operating costs for desmearing decreased from $0.15/sq.ft. with permanganate to $0.11/sq.ft. with the plasma system. CCI engineers also point to the labor savings associated with the reduced need for maintenance, daily lab testing, and constant tinkering to keep the permanganate chemistries within the required parameters.

Although a quantitative energy analysis has not been conducted, plant engineers estimate that the energy used for the plasma desmear RF generator is approximately the same as that used for permanganate bath pumps and heaters. Equipment manufacturers estimate the energy cost is approximately $0.02/sq.ft of PCBs. Overall, plant managers and engineers are confident that the plasma system is significantly more cost-effective than the permanganate chemistry for desmearing holes.


While many facilities agree that the environmental and product quality improvements of plasma desmear are significant, larger facilities have expressed doubts regarding throughput. Where lower throughput shops do not have an issue with the system cycle time (estimated at 11 to 15 minutes per load), larger facilities may. Conversations with larger facilities currently using plasma desmear indicate, however, that throughput is not an insolvable problem. Systems with larger chamber size, larger power sources, or additional units enable higher throughput. Plasma system manufacturers now offer auto-load/unload handling equipment which automates the batch operation.

The capital costs of a plasma desmear system vary depending on throughput requirements and the number of equipment options purchased. Typically, capital costs range from $65,000 to $150,000. Options may include higher frequency RF generators to reduce cycle time, software options, a wet scrubber, built-in analytical equipment, and automation.

While this case study describes one facility’s success with plasma desmear, it may not be the best choice for every facility. Each individual manufacturer must consider its specific conditions to determine the most appropriate technology for their facility.